You are here: Home1 / News2 / Need to Know3 / Barbara Murphy Awarded for Superlative Service to Geosciences 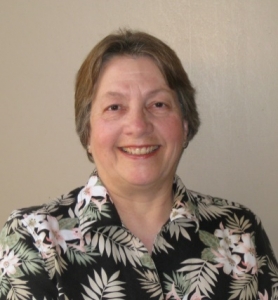 As the well-deserved recipient of the American Geosciences Institute’s (AGI) highest honor, the Ian Campbell Award, Barbara Murphy, RG, CPG, truly embodies the phrase “Superlative Service to the Geosciences.” For more than 40 years, Ms. Murphy has dedicated herself to supporting the geosciences through her voluntary work for numerous geoscience organizations, including American Institute of Professional Geologists (AIPG), AGI, the Arizona Geological Survey, the Arizona Hydrological Society, Geoscientists Canada, and European Federation of Geologists, among numerous others. She has furthered the interests of geologists nationwide by holding various National AIPG officer positions, including President (2012), Vice President (2003), and Advisory Board Member (four times). She currently is a Trustee of the AIPG Foundation. Barbara has contributed to international geoscience efforts as vice-chairperson of the International Union of Geological Scientists (IUGS) Task Group on Global Geoscience Professionalism. Read more about the award.

Doug Bartlett, Principal Hydrogeologist of DBS&A affiliate company, Clear Creek Associates (also wholly owned subsidiary of Geo-Logic Associates) says, “I have known and worked with Barbara for her entire 40+ year career, including the last 20 years at Clear Creek Associates in Arizona. She is a dedicated hard-working geologist and a real pleasure to work with. I am very proud that she is receiving this most deserving award. Congratulations Barbara!”